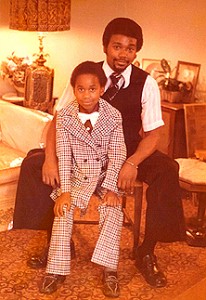 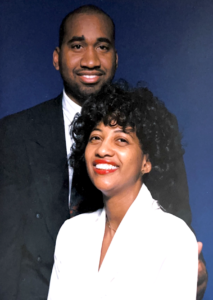 Russell was born on August 17, 1969 in historic Mound Bayou, Mississippi. Growing up, he spent his childhood traveling yearly between his mother’s rural hometown and his father’s home in Mattapan. Several of Russell’s later school years were spent in Boston, where he graduated from Thompson Middle School and Hyde Park High School. In 1992, he obtained his BS degree in Mechanical Engineering from Boston University, and in 2000, his MBA from Northeastern. In 2007, he obtained his Certified Financial Planner (CFP) certification. 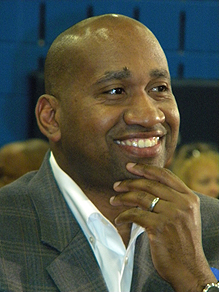 From 1994 to 2002, Russell worked as an engineer at Brooks PRI Automation, a $400 million manufacturer of robotics in Chelmsford. He was soon promoted to oversee multimillion-dollar semiconductor projects. His responsibilities were to ensure that operations ran smoothly and on budget. Working at Brooks taught Russell the discipline of meeting expectations of quality and efficiency every day. He achieved process and budget goals by building consensus when problems arose as both a team player and a leader to get the job done.

At about this time, Russell also owned and operated a small video store in Brookline. Operating a small business taught Russell the hard lessons every entrepreneur faces. Having increased sales 35% in a declining industry, he has a proven track record of knowing what it takes to grow a small business and create jobs from the ground-up.

Since 2004, Russell has been working as a Financial Planner, where he helps hundreds of families reach their dreams despite setbacks or bad markets. Russell finds this job incredibly rewarding and his life’s calling. Spend free time with Russell and you will likely find him listening to someone worried about their money. For Russell, it’s a job that requires utmost honesty and responsibility as well as an ability to understand and appreciate families’ emotional needs. Working as a financial advisor has enabled Russell to serve many members of our community, some of whom have since been moved to join this campaign.

“Integrity is doing the right thing, even when no one is watching.” ~C.S. Lewis

You can find Russell cleaning the street adjoining his property and those of his neighbors every week. His efforts quickly grew into a community-wide operation that culminated in a partnership with Mayor Menino, now formally named “Love your Block.” This practice is the go-to move of Russell: Do something, invite others, and trust it will thrive. 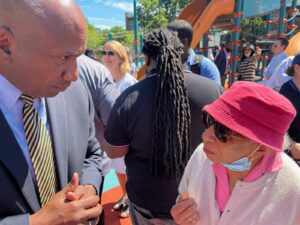 Russell is an active member of the Church of Christ in Roxbury, where he teaches Sunday school and mentors 18 to 22 year-olds. He serves as a role model and coach on the transition from adolescence to adulthood. He has also tutored elementary, high school, and college students on academic and life skills. Russell is a proud alum of Big Brother Big Sisters of Eastern Massachusetts.

He chaired the Mattapan Economic Development Initiative (MEDI) beginning in 2007 and was an instrumental force in developing a new set of building codes to draw business to our community. As Chair of MEDI, Russell advocated for increased city funding for public transportation in our community. He advocated for a Main Streets designation for Mattapan Square, which allowed our area to tap into city funds to revitalize Mattapan Square district, bringing jobs and economic prosperity into our community.

Before being elected, Russell is perhaps best known for his efforts to bring the new Blue Hill Avenue library to Mattapan. He chaired the Mattapan Library Task Force and emceed the groundbreaking in 2007. Constructed in 2008, the $16.7 million building was Boston’s first public library constructed since 2001. But Russell understands that it’s much more than a library. The library’s success as a “living room” for our area has convinced him that similar investments are needed to build our community. 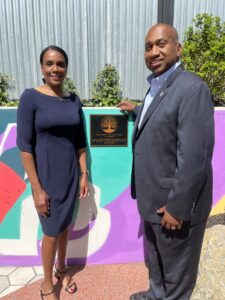 One of seventeen brothers and sisters, Sheree Holmes graduated from North High School and was inducted into the Worcester, MA  Athletic Hall of Fame.  Sheree graduated from Emmanuel College in 1988 where she was a Hall of Fame basketball player and the assistant women’s basketball coach. Her athletic success carries on the legacy of her family: her brother, Dwayne McClain, played at Holy Name high school in Worcester, MA. In college Dwayne was a member of the NCAA 1985 Men’s Basketball National Championship team from Villanova University. Dwayne went on to play for the Indiana Pacers as the 27th overall pick in the 1985 NBA draft. He continued his professional career playing in Canada, Indonesia, France, Philippines, Greece and finished his illustrious career in Australia as one of the best players in the history of the NBL (National Basketball League).

Sheree has since devoted her entire professional career to education. She has taught in the Boston Public Schools for more than 30 years. She started her career at the Curtis Guild in East Boston, and later taught at the Joseph Lee School for nine years. She also taught at the Patrick Lyndon School for fourteen years, where she was the Athletic Director and Boys’ Basketball Coach.  Sheree currently teaches Physical Education at Boston Latin School and also coached the BLS Girls’ JV basketball team from 1998-2005.

Russell and Sheree met at church where they both teach Sunday school. They were married in 2008, and they recently celebrated their fourteenth anniversary on June 28th.

“Many families have raised their children here and I understand why. I’m proud to call Mattapan my home.” ~Sheree Holmes